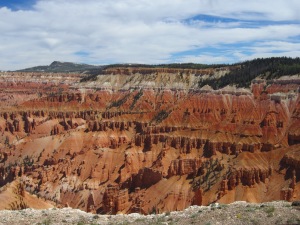 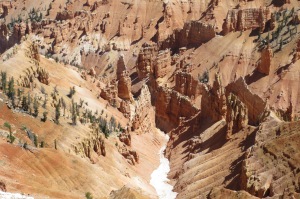 Down into the bottom of the canyon

Cedar Breaks National Monument is a relatively small park that packs a big punch.  After the extreme heat of Zion we went for a drive up (way up) to Cedar Breaks where we began to see snow and the elevation was over 10,000 ft.   The park has erosion similar to Bryce  but you view it only from a distance or from the rim, you cannot walk into it.

Along the way we saw the most amazing thing, fields of black lava with 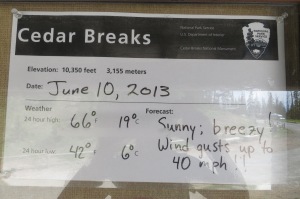 Hang on to your hat weather! 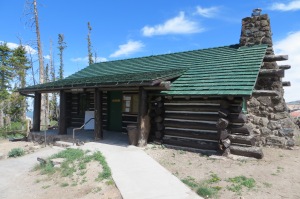 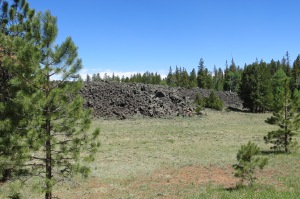 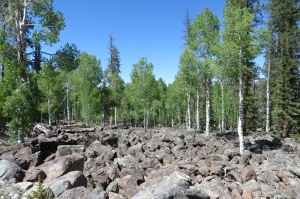 aspen and pine growing in between the rocks.   Apparently these lava beds are less than 2000 years old and are not from a central volcano but welled up from cracks in the earth’s surface.  There are also underground lava tubes in the area.  It was such a surprise to see it and the area must be particularly beautiful in the fall when the aspen leaves turn golden.