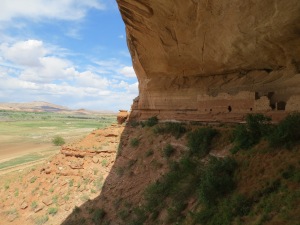 We’ve moved further south, to the small town of Bluff, where we decided to explore a ruin close to town called 16 Room Ruin.   Unlike the other ruins that we’ve 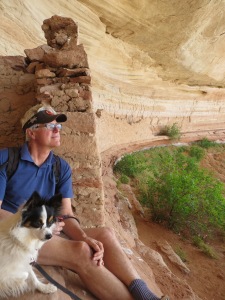 Taking in the great view

toured which have been located in canyons, this ruin was built overlooking a broad, fertile valley and the San Juan River.  We were able up to drive to the bottom of it,  a nice break after hiking all the canyons. 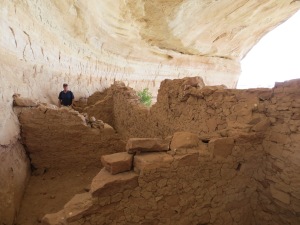 Some of the connecting rooms

The ruin was built on a very narrow ledge in a large cave-like alcove.  The ledge is so narrow that there is only room for a single row of rooms between the alcove wall and the drop off.   Due to the narrowness of the ledge there were no outer doors to all the rooms, but only inner connecting doors and  access through the roof.   One whole section was two-story with inner doorways and peepholes that looked out to the valley below. 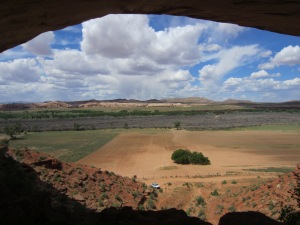 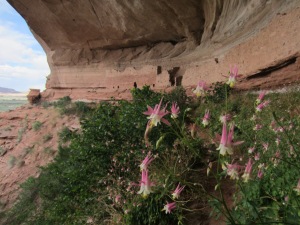 Columbines carpeted the area in front of the run